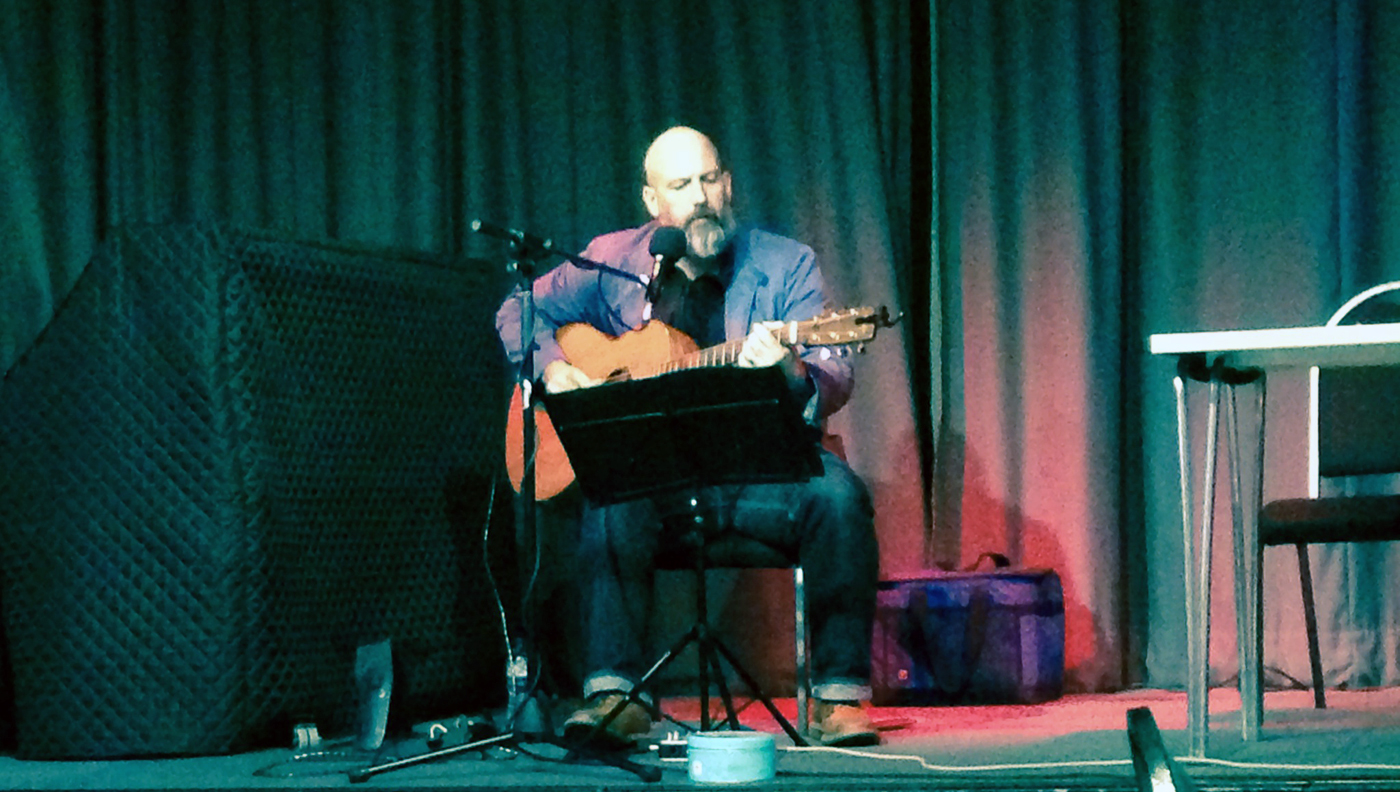 Here are some of the things my wonderful hosts and audiences said about Seven Songs. I guess you have to bear in mind that they are being charitable in more ways than one… or are they saying it as they saw it? Hopefully.

“We had a blast, thanks ever so much for such great music presented in such a disarming and honest way, it really was fab.”
Micheal Parsons: Digital Publishers and internet alumni

“Sensational… sensitive but with some balls”
Jonathan Maitland: Author, playwright and broadcaster.

“This Seven Songs idea is genius, and no surprise that it comes out of the mind of Mr McGirr, one of those smart and creative souls that can get to the heart of a concept. Davie asked for ‘beta testers’ on Facebook, people willing to host him as he refined the idea and practiced his singing. I volunteered my blended family of teenagers, all of whom finally decided I was mad for involving them, and Davie duly turned up, amp and guitar in hand.

After setting up Davie on a stool in our living room, and coralling the reluctant teens to the sofas, Davie sang us seven beautiful songs and then packed up and left us with a warm feeling and instructions on where to send a donation. He tells me he has got better since then, in which case it must be time for us to book him again, this time with less reluctant teens and a few friends.”
Mike Dicks, the inventor from Descience and Mayor of Trumpton

“A relaxing hour spent listening to some excellent music, Davie sounds like a cross between Donovan and Dick Gaughan. ”
David Roxburgh, And worth noting that Rock was Dionne Warwick’s stage manager so he knows a thing or two.

“Davie, thanks for the appearance @delirouge on the Welsh leg of your pre-Xmas tour. You raised both money and awareness as well as a little applause for your efforts. Have to say the performance was very professional and worthy of a spot on The Old Grey Whistle Test.  I am sure both Jane and Dean would have you back at the deli!”
Mark Barry, government adviser to the Welsh Assembly and innovator

I first met Davie twenty odd years ago when he was courting my lovely friend Nicky. We got on really well with one exception. Davie’s and my musical tastes were pretty much at opposite ends of the spectrum. I would groan when he got out his guitar! So when Seven Songs came along and Davie asked if he could come round and play I had mixed feelings. Great cause but …seven songs with Davie??? Anyway, long story short. The set was brilliant. That boy really can sing and the choice of tunes was great. My 15 and 12 year olds even enjoyed it. I’ve heard Davie play three times now with a fourth in the pipeline. Go ahead and book him. You won’t be disappointed.
Tracy Stevenson, Boss and Head of Cool at Staying Cool

“When Davie first told me about his crazy Seven Songs idea, it occurred to me that it might tie in neatly with my own slightly bonkers plan to set up a Supper Club. So after much plotting, Davie, Jenny and I hosted the Naughty Habits Strolling Supper Club – Davie did a lovely session in Jenny’s (Silver Screen Suppers). beautiful communal garden, while the guests enjoyed canapés and cocktails. Then we invited all the guests to stroll around the corner to my place, lovingly known as The Nunnery (for that it what it used to be), for a buffet and more booze.

It was a fabulous evening on every level: great guests, marvellous food (if I say so myself) and, most importantly, really excellent music from Davie – a great selection of tunes, performed beautifully. And great to raise money for such a worthwhile cause. If you haven’t experienced Seven Songs yet, find a way of checking it out (oh, and if you haven’t experienced the Naughty Habits Supper Club and it appeals, get in touch with me via battenburgbelle.com!) “
Cathy Sloman, legal eagle, epicurean founder of Battenburgbell and the famous Naughty Habits Supper Club

“Book this guy now and do your bit for charity! We thoroughly enjoyed David McGirr performing for us last year… You were fabulous darling! Couldn’t stop singing Fast Car the following day, your version was great.”
Kran Sondh, from the fantastic CookCurry Club

“It’s lovely music for lovely people. I had 7 Songs in my garden in the summer and it was gorgeous.”
Jenny Hammerton, film archivist and curator of the amazing Silver Screen Suppers.

“I didn’t expect him to be good.”
Nicola Young, Co Founder of Vicast Ltd, dog lover and realist

“I highly recommend getting Davie round to your living room or garden – check out the Seven Songs Facebook page – the one with the howlin’ stag logo! Thanks Davie – it was a great afternoon.”
Duncan Cooper, International TV Executive Producer

2 thoughts on “The Reviews”